Are you looking for Prefabricated Home Suppliers in Turkey

Prefabricated technologies at past developed in crisis times like earthquakes, floods, tsunamis and so on because of their rapid construction process with low costs and low labor force. After these kind of disasters most of the natural disaster victims return their home to forget the memories of the disasters. But a piece from their hearts stays in those prefabricated houses. Unlike past nowadays, people especially prefers prefabricated homes because, they can be designed according to customers admiration or applause and they can be constructed easily without so much time spent also so much money spent. People who are used to use so many furniture, are fretting from their homes and are feeling like drowning these pile of unnecessary furniture. The popularity of the prefabricated homes step in that time. Prefabricated homes pave the way for transforming your style of life totally. The only choice for prefabricated buildings are not limited with houses only. Karmod Prefabricated Technologies prepares buildings like work sites, offices, social facilities, hospital and schools. Karmod can build a city from prefabrics in a little time. Trend also attracts people to theses kind of tehcnologies. There are a few companies in Turkey who can build prefabricated homes but Karmod like product range and quality with less cost could’nt be found in Turkey also. Come and visit Karmod for wandering around our sample prefabricated houses and building. Also you can ask for a feed back in abroad, because Karmod have been exporting these homes to 90 countries. 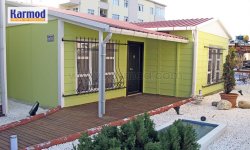 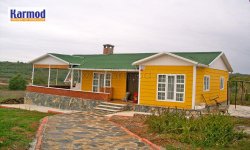 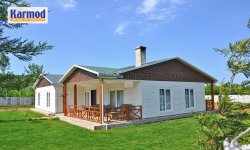 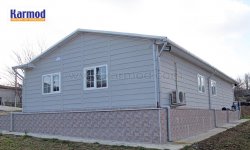