Turkey with its young and quality labor force and easy access to quality and cheap raw materials, is becoming favorite country to buy something. Turkey with its European union full membership process, adopting its production process according to European Union laws and standards. As a result of this if you are living in a country in Europe you mustn’t doubt about the legal process and international standards. Further other industries prefabricated home industry has been the popular trend of the world for nearly ten years. The smaller square meters quota per capita in metropolis or megapolis the more trend of minimalism increases and the best way to adopt minimalism philosophy in your is to buy a prefabricated home.

Prefabricated Home Exporters in Turkey Provides compliance with quality standards for long-term use. The word of buy in that sentence doesn’t fulfill the process of settling in a prefabricated house. Because in reinforced concrete building you nearly never interfere in design of the house you are going to settle. But prefabricated homes production adventure naturally takes you into the design process. You can take the seat near the designer and tell about your dreams. After telling the dreams to the designer you can go to shopping to buy the furniture for your home and your prefabricated home would be ready before you can choose the furniture, it is such a rapid process when its compared to conventional buildings. In Turkey there are some companies in prefabricated house production industry but if you are interested in designing your home, settling in a home which is produced in a company with 34 years’ experience, let your feet to come Karmod Prefabricated Technologes. 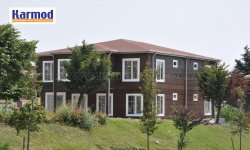 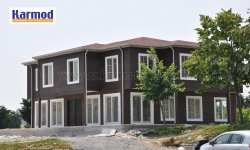 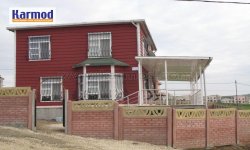 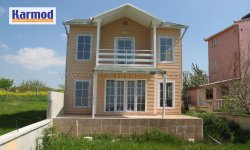